In this session of Coffee Talk Series, we had a CNY catch up with our Chinese localization team who shared their Behind-the-Scenes stories in localizing websites, apps and games.

What is localization and why is it important?

Let’s refer to the official sources. Apple defines Localization as the process of translating your app into multiple languages and customizing the app for each target market you want to support, so the users in other countries can use your app in a language they understand and see dates, times, and number in a familiar, regional format.

While Android strongly encourages apps to be localize as it can maximize apps’ distribution potential resulting in ratings from users around the world.

Since more than half of the world population is not speaking English as first language, it is clearly important and reasonable for app and games owner to reach these potential customers in their native language!

So, what is the difference between localization and translation?

“It’s definitely more than just translating or changing the language from one to another. We also need to understand the apps / games that we are translating, and how a specific text will be used.”

Understanding the app or game is important, especially the common vocabularies used in a specific app or game, and its technical constraints (like character spacing and wrapping constraints). In some cases, unless you use the app or play the game, you most probably have no understanding of what it means. Even when using it, you may still not get a clear idea, because the notifications do not show in app until a certain user action is performed or until a certain level inside the game. In this case, a screencap and/or feedback from app owner will help.

On other cases, different intention will require a different type of writing style. Like for a store front description, we will need to be heavier on contextual copywriting because it is intended to ‘sell’ the app potential customers so they would be interested to download it.

Localizing is primarily intended to increase relevancy with app’s potential customers who are using different languages, and if the app is targeted for country specific, localizing becomes very critical and can be quite tricky. For example, there are terms that exist in the apps’ original country, but it is not common or not applicable in the target country, like governmental terms, public holidays and/or celebrations, or even terms like daylight saving. For this, we will need to give input to the app owner, whether they would like to keep it in the apps for this specific country setting or not.

Another example, while in a certain language the writing can be quite simple and straightforward, it may be different in other language. For example, in English we can just use “From… To..” in many contexts. However, in Chinese there are different terms used in order to define it more clearly, like location (From Hong Kong to Singapore — 从香港到新加坡), or time (From 2PM to 3PM — 从下午2点至3点), or people (From Mr Smith to Mr Jones — 从史密斯先生给琼斯先生).

Not as simple as we thought, is it? Despite all of these, what makes you feel happy in doing it?

“That’s true! It requires a deep understanding of a certain culture and their habit. And there is a sort of achievement because once it goes live, we can actually see our work result in public and being used by people.”

We will have more of this coffee series with our team and share their slice-of-life at work. Want to know more about our localization services, just contact us and we’ll be happy to help you! 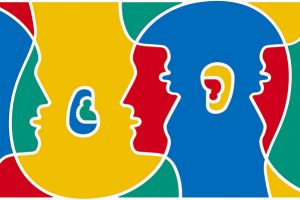 You Think Being a Japanese Interpreter in HK is Easy? | Coffee Talk Series

On a recent (uncommonly) cold Hong Kong winter, we had[...]

Our coffee talk this time is with our Spanish interpreter[...]

Cancel Reply
Experience Our Service. GET YOUR FREE QUOTATION TODAY!